During the year Lizette Johnstone collects scrap paper and metal  which is then sold and the monies donated.

“Membership is open to all the property owners who are encouraged to apply for membership so that they exercise their rights to influence the business of the CID. Membership cannot be denied and the property owner is then entitled to attend, participate and vote at the members meetings held under the auspices of the Companies Act.

Should a member be unable to attend they may give another individual their proxy to attend and vote on their behalf. Non-members may attend and participate but cannot vote and as such may thus have limited influence on the CID activities.” 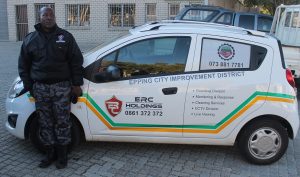 On the 1st July 2017, the ECID extended it’s services into Western Province Park.

There is now a 24hr vehicle and guard based in the area, with back from any one of the vehicles based in Epping 2. 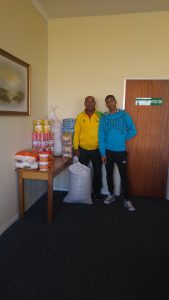 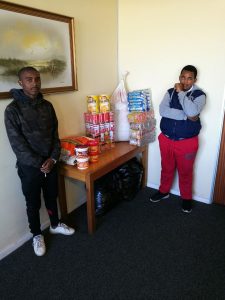 The ECID handed out the following food items to the Church of the Nazarene in Bonteheuwel and the Langa Baptist Church; 4 x 750g coffee, 2400 tea bags, 4 kg peanut butter, 4 kg jam, 48 cans each of pilchards and baked beans, 20 kg of lentils, 20 kg dry soup mix and 40 kg samp kindly donated by Giant Hyper and 300kg gravity beans donated by Pioneer Foods. Accepting on behalf of the Church of the Nazarene is Reverend Quinton Williams & S. Josias (top left) and for Langa Baptist Church is Viwe Zono & Lubabalo Ntsundushe. (top right).

We wish to thank our sponsors for their generosity in helping to care for the less privileged. 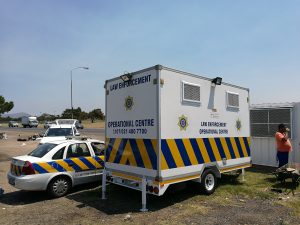 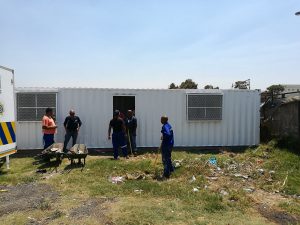