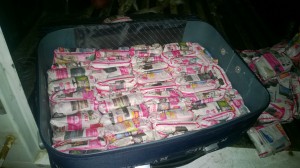 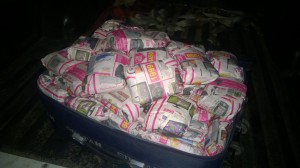 On the evening of 7 July 2014 the ECID security shift supervisor S/O Boois identified a suspicious male carrying a travel bag, he informed S/O April, who immediately reacted and apprehend the suspect seconds before he would have boarded a taxi. The suspect and travel bag was searched and the bag was found to contain 100 parcels of dagga with a street value of ± R 170 000.00. SAPS were called and the suspect and dagga was handed over to SAPS.