The ECID has over the past year effectively utilised the trailer supplied by the Western Cape Government and Department of Community Safety by creating awareness in the area. 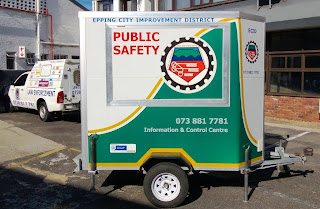 We have placed the trailer at strategic points in the Epping area allowing for additional visibility and allowing members of the public to interact with the security and Law Enforcement personnel manning the trailer. 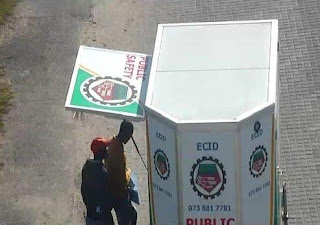 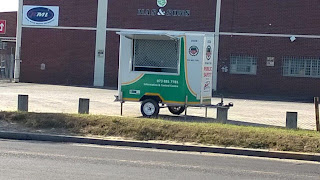 The ECID has enabled it’s security provider to permanently man the trailer. On occasion we have assisted our local SAPS and Law Enforcement by utilising the trailer as a secure mobile search unit, allowing the policing members a safe and secure environment in which to perform on-site body searches. 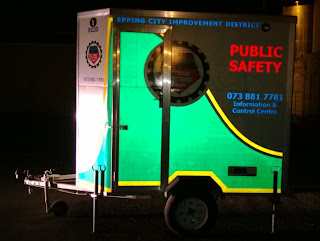 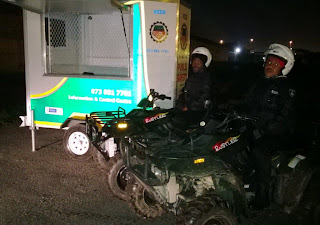 The trailer has been utilised extensively to accommodate the security personnel patrolling the railway sidings. During the winter period the trailer was placed on the central railway line to assist with sheltering and offering a place for the personnel to escape from the elements.

The map indicates the areas the trailer has been placed during this period of ownership. All immediate highlighted areas are areas requiring additional visibility allowing for instant and immediate interaction and intervention.